We are committed to customer service. That means providing honest, reliable transportation not just for people – but also their things. If you were a passenger of ours, and have misplaced an item, please check below to see if it ended up in our lost and found bin.

Items can be picked up at 660 Oleander Dr. in Merritt Island, FL 32952, or contact our customer service for more information about how to regain your missing items. 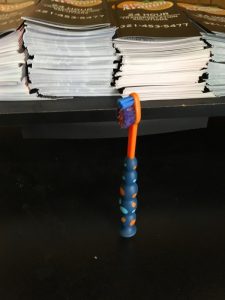 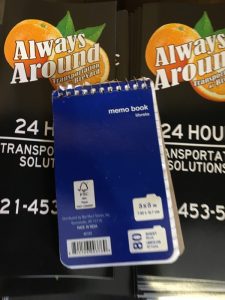 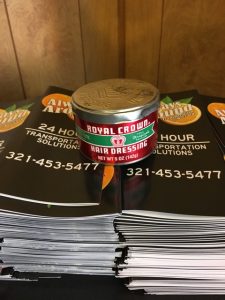 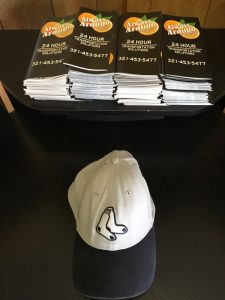 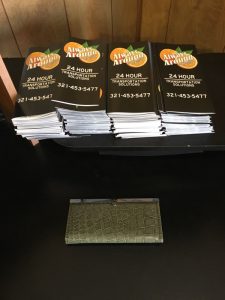 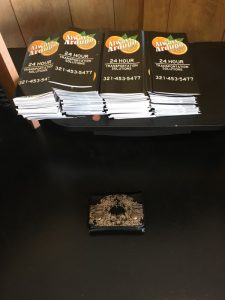 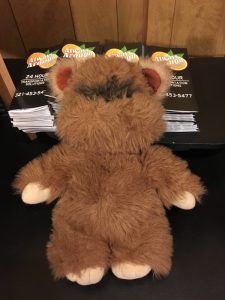 Safety is Fundamental to Well-being.

If you are a social person chances are you been faced with a decision to ride or drive after having a drink or two (or five). It is important to designate a driver for such occasions, however, circumstances often arise where you find yourself at an unplanned, evening soiree among good friends. When this happens it is important not to let your impaired judgement get the best of you, because let’s face it, your judgment is impaired.

Often times the financial cost is a major factor in your decision making process when you find yourself in such a predicament, however, there is a much higher cost one should consider and that’s their own health and well-being, as well as the health and well being of other drivers and their passengers.

You’ve probably heard it a thousand times, but sometimes people need to hear it a thousand and one, or suffer great consequences: driving under the influence is unsafe and can be quite deadly. According to National Highway Traffic Safety Administration, every two minutes a person is injured in a drunk driving crash, as of 2013. This is important to consider when making the decision of whether you should be driving after a couple of drinks. There is an overwhelming body of evidence that proves driving under the influence is unsafe.

Welcome to our brand-spanking new website for our humble transportation service company offering safe, reliable and affordable wheels for the greater Space Coast Community. Our passion for getting people where they need go stems from our many nights out on the town wishing that the local transportation service catered better to the needs of the community and our love of the local lifestyle.

This website is an extension of that mentality. This is the voice of our DIY attitude towards achieving our ultimate goal: To make sure everyone in the Space Coast has the freedom to have a great time at the places we want to go safely and responsibly and still have some money leftover for the stuff that matters.

So engage with us! Tell what you think about the community, and what you expect from a transportation service for the Space Coast and surrounding areas! We want to be top of mind when it comes to getting around Brevard, for locals and for tourists. Since our drivers and staff are long-time natives we know the culture, the attitude and all of the wonderful nooks and crannies that make coastal living from Canaveral Seashore to Sebastian Inlet so sweet.

Contact us today to find out about rates, or to speak with a customer service specialist.

Zone 1 includes the central Cocoa Beach areas north of Patrick AFB region and south of the 520 Causeway. Zone pricing offers suggested fares of $5 with the zone and an additional $5 moving outside of zones.

Zone 2 includes all of the amazing sites and activities in Cape Canaveral. This begins as the causeway transitions from the 538 Beachline into A1A, and stops at the intersection along 520 and A1A. Cape Canaveral is home to Port Canaveral and the Victory Casino Cruise terminal, as well as cruise terminals for the Disney Cruise Lines, Carnival Cruises, Norwegian Cruise Lines, and all other cruises leaving from Port Canaveral. Other attractions include Jetty Park, Cherry Down Park, and a host of beach accesses.

Zone 3 includes the scenic shores and exquisite dining of the Patrick Air Force Base area. Whether you work on the base, just visiting, or passing through, give us a call and we’ll make sure you get to where you’re going.

This includes the Cocoa Walmart Super-center, Eastern Florida State College Cocoa Campus, and the Clearlake area. Service Zone 12 extends from US-1 at Dixon to the 528 Beachline.

This area includes a the Publix Shopping Center, and goes east to west from Clearlake to Cox Rd.

This includes the area west of Cox Rd. and west of I-95. This area also includes a suggested additional service fee of $2.00 per-mile.

Getting around Rockledge is easy and affordable! Zone 15 includes Rockledge east to west from River Road to I-95.

This area includes the southern region of Rockledge, all the way to Wickham Road east to west from the Indian River to I-95.

Get your shop on! Or get to the Courthouse! Either way we’ve got you covered. Zone 17 includes Viera, west of I-95 and starting at the Fisk/I-95 interchange.

This area includes Suntree and north Melbourne/Eau Gallie areas between River Rd. and I-95. Beautiful river views, excellent dining and more to be enjoyed here. We suggest an augmented fare with an additional $2 per-mile.

This is one of the most scenic parts of Merritt Island, south of Pineda Causeway on Tropical Trail, where the Indian and Banana rivers come together.

This is the area south of the 404 (Pineda Causeway), past Patrick Air Force Base along A1A to the Banana River. This scenic area features great nightlife, family dining and beach accesses to some of the best surfing on the East Coast of Florida.